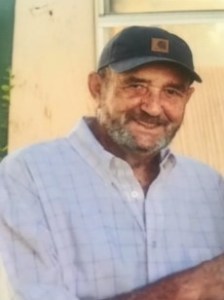 Bobby worked as an iron worker for 30 years. Following his retirement in 1989 he held several positions including working as a custodian at Edna Beaman Elementary School and Bishop Indian Head Start.

Bobby was one of the founding member of the Inyo-Mono Horseshoe Pitching Club where he competed all over California. But more importantly he formed life long lasting friendships.

In the last 15 years he starting renovating on classic cars guided by his father, friend Phillip and Nephew Colton Jones.

Bobby was preceded in death by his parents Bob and Marjory Morris and his two brothers Ronnie and Mike Morris.

He is survived by his wife of 52 years Mary Morris. His daughter and son-in-law Shawna and Loren Kane of Bishop. His son and daughter-in-law Joel and Tomalyn Cabezuela of Auburn California and son Brian Morris and his family of Ohio.

Bobby was able to watch his grandchildren in California grow to be amazing adults and parents. Phillip and Sabrina Kane and Alyssa and Chris Riggins of Bishop and Kayla and Blake Campbell of Auburn California.

One of his greatest joys was watching his great grand children Lodin, Michael, Delaney, Damien, Braelyn and Brayden.

Due to COVID concerns a celebration of life will be announced at a later date.