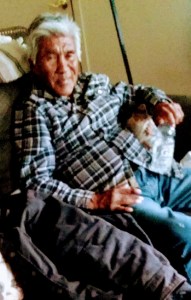 Gregory Williams born July 02, 1954 in Bridgeport, CA. He passed on November 05, 2020. Greg was a life long resident of Mono County and a member of the Mono lake Kutazadika Tribe. He grew up in Lee Vining, California and attended elementary through High School. He was active in school sports and ran in many marathons, 10 k, and running events in the state. Greg was well known as a runner. Along with his dad, Paul and uncle Leroy they participated in the Mono Lake/Yosemite walk for many years. Greg was preceded in death by father Paul Williams, He is survived by his sister’s, Diane Williams, Vicki Beasley, and Charlotte Baker also nephew’s Damon Williams, Gralund Osborne, nieces Erikka Osborne Ketchum, Angela Williams Eddy and numerous relatives.

In leau of flowers/donations, give a loving hug to someone special.