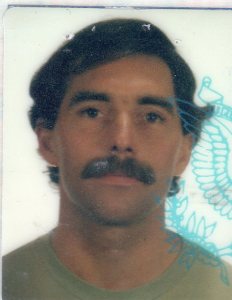 Celebration of Life A private celebration of life has been requested To know more about Chris – please go to https://wwwforevermissed.com/Christopher-Richard-Palmer/about

Christopher Richard Palmer was born in Glendale, Ca on 01/15/1953 and passed away in Bishop, Ca. on 12/28/2021. Chris attended elementary and high schools mostly in Southern California. He also however, attended Bishop Union High School where he was a football standout. Subsequent to high school, Chris joined the Forest Service and became a Hotshot fire fighter for many years in the San Bernardino National Forest. Chis, however, had his hopes set on becoming a smoke jumper which is known as the elite of wildland fire fighters. In order to be hired on as a smokejumper, one must be in top physical shape, earned an exceptional resume and  receive an appointment and approval by the top boss.

After over 25 years of smoke jumping and over 300 actual fire jumps, crazy low level air plain rides through canyons, smoke and lighting, Chris stated that “it was time to keep my feet’s on the ground”. Chris was subsequently voted in by his Bros. and/or smokejumper alumni as a Life Member of the National Smokejumper Association.

How shall I describe this generation? These people are like a group of children playing a game in the public square. They complain to their friends, we played wedding songs, and weren’t happy, so we played funeral songs, but you weren’t sad. For John the Baptist didn’t drink wine and often fasted, and you say, He’s  demon possessed. And I, the Son of Man, feast and drink, and you say, He’s a glutton and a drunkard, and a friend of the worst sort of sinners! But wisdom is shown to be right by what results from it.

Grandmother Clara Besancon once wrote the following about Chris

Christopher Richard they’ve named him, that little bit of a boy, He is our Cynthia’s brother, His mom’s and dad’s pride of joy. Such a big name to live up to, But we are thankful for this, While he is growing and growing, They are letting us call him “Chris.”