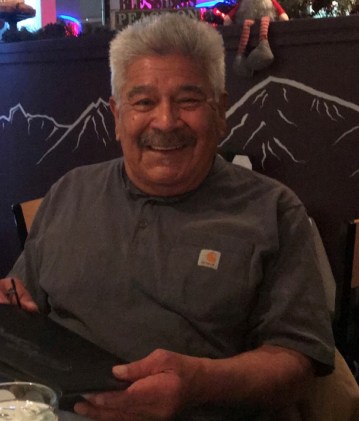 On January 29, 2022 Conrad Joe Estrada passed away unexpectedly at his home in Bishop, CA.

Born on April 20, 1943 at home to Trinidad and Genevieve Estrada in Redondo Beach, CA where he grew up with his 15 brothers and sisters. He grew up an avid hunter and fisherman which is how he developed his love for Bishop and surrounding areas.

He married Rena R Del Maritos in 1963 and shortly there after he was called to enlist for the Vietnam War. Conrad served in the US Army for 6 years as a medic and equipment mechanic.

They moved to the Eastern Sierra in 1974 to raise a family in the rich beauty and wholesomeness of the area. Rena and Joe welcomed three children Michael J Estrada (deceased), Selena M Estrada, and Amanda A Estrada.

He is survived by his three sisters Vivian Pavich, Deborah Schmidt, and Ruth Anderson; his brother Joachim (Kimo) Estrada; his daughters Selena and Amanda Estrada his son in law James Truhls, 5 grandchildren, countless nieces and nephews, and numerous friends.

Per his wishes he is to be cremated. His family will be planning a celebration of life to take place sometime later in the year to honor his beautiful life and achievements.